Had the opportunity to participate in SAA 2017 – the 5th biennial conference of the society for ambulatory assessment and present our work on Instrumenting ecological momentary assessment with a wearable smartbutton as part of a session on Methods and Protocols. 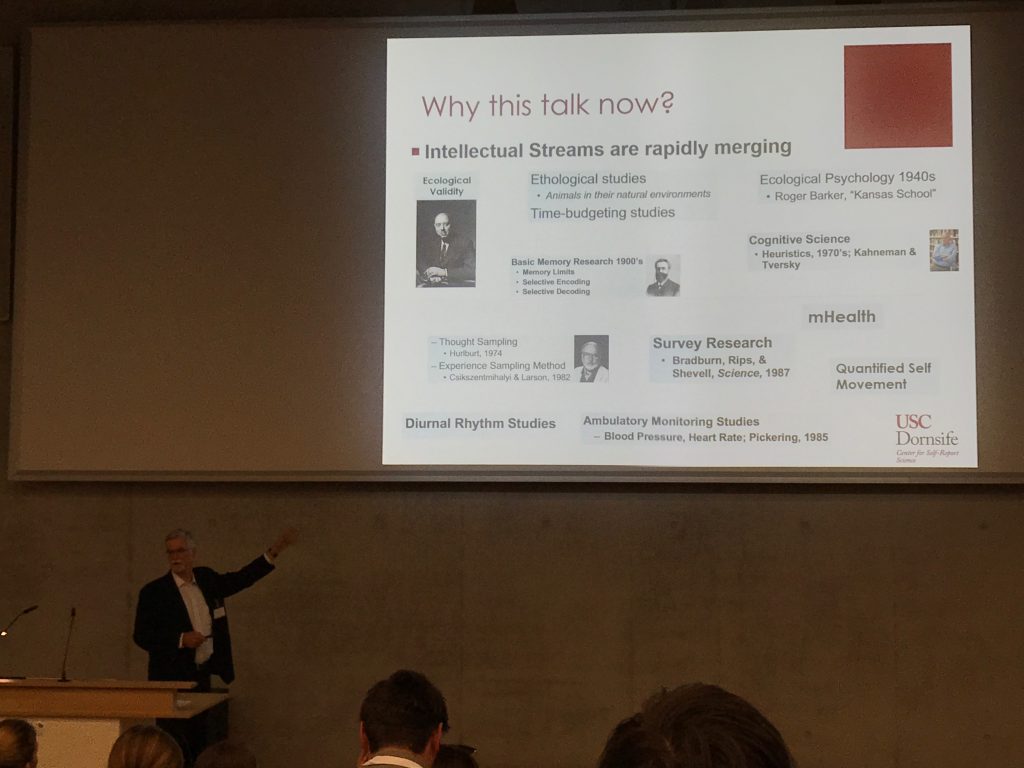 Moreover I had the opportunity to attend the keynote by Arthur Stone on “Challenges remaining for the field of real-time data capture”, including his shout out to the “Quantified Self Movement”, as he phrased it. During the Q&A I asked him to elaborate on the role of QS from his perspective, to which he responded: I think it’s really interesting that people are becoming so interested in monitoring themselves and get feedback about themselves. To me it seems like again maybe we should think about what they are doing and what they are saying and talk to them. And perhaps talk about the hypothesis generation, because I don’t see them doing the kind of stricter scientific research that we need to do in order to confirm the associations. But I think, I mean it’s great that people are doing this and are interested in this. It’s a little worrisome that the big corporations are getting into this – I mean maybe it’s worrisome, maybe it’s great. I’m not sure. Something is happening now and I don’t know quite how this is all going to turn out.